Alternative Splashing Locations – Now That Lumbridge Is Off Limits 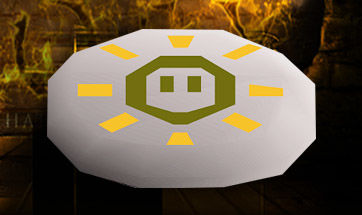 Imagine being a fresh mobile player that just got off of tutorial island, only to see a large group of high-level players failing to cast spells on tiny rats. This image of Runescape is exactly why Jagex took the step to ban spell splashing on low-level mobs within the limits of Lumbridge. This was done by negating experience gained from spells if used with negative bonus equipment while in this specific area.

Don’t worry, as there are plenty of locations in Runescape to splash that are even better than the rats, goblins, and chickens in the starting zone…

While getting the oil can, the cellar is often an overlooked location that isn’t ever revisited by players after completing Ernest the Chicken. In fact, there are several rats and spiders down there with very few players to compete for a splashing spot. If you are looking for a unique spot to splash, this is definitely it.

While Hill Giants or Chaos Druids receive most of the attention within this dungeon, there is an abundance of low-level monsters right at the entrance. If you look closely, there are plenty of level 1 rats and spiders for pures to splash on. Players with higher defence levels may even splash on the level 6 rats with ease.

If you are splashing on a F2P world, you probably just want a place to AFK in peace without noobs accusing you of botting or begging for money. Fortunately, most of them probably don’t have enough Quest Points to get into the Champions’ Guild, giving you a relatively low-traffic spot to splash in peace.

The trick to maximize privacy is to lure one of the outside chickens into the kitchen so that outsiders will rarely notice that you’re there. Just be sure not to accidentally attack the Evil Chicken that will tear through your armor with high-hitting magic waves.

Another relatively isolated spot in the game is Etceteria, which only requires the completion of Throne of Miscellania to access. There are multiple low-level attackable creatures around the castle, including chickens, rabbits, and two Skraelings in the market. You will probably rarely see any players here besides the odd few players doing the quest or clue scrolls.

If you are looking to splash in complete privacy, it is possible to do it in your Player Owned House with the Undead Combat Dummy. Due to the mechanics of the dummy, you will never receive Hitpoints experience so its the same as splashing but without the need for armor. You only need 53 Construction and a Black Mask to sacrifice in order to build it, which is relatively cheap compared to the runes you’re going to waste.

As shown in the video by Youtuber Smallexplamp, med-to-high level players have no place splashing on puny chicken. Splashing on the pre-summoned Kraken boss will not only provide more magic experience, but it will also give passive HP experience.

The Kraken boss needs all four tentacles to be attacked in order to initiate the boss. However, players are free to attack the pool without draining any HP from it. This loophole allows the player to cause unlimited damage without killing the boss or disengaging from combat, essentially getting the maximum experience possible from every cast.

Using Fire Wave as the prime example, you will easily get over 100,000 experience per hour using the best magic gear you have available. The downside is that it is quite expensive as you will just be burning through runes without getting any drops.

While it’s technically not splashing, you may as well bring your expensive runes to Nightmare Zone as you can at least get a return on your money invested. If using Chaos Gauntlets with Fire Bolts, you can make a slight profit while getting over 40,000 experience per hour. Of course, this isn’t viable if you are trying to avoid HP experience on your account build.

If you have plenty of in-game knowledge yet still a lazy player, it should be easy to get around the upcoming Lumbridge splashing ban. On the other hand, you should do other things like Slayer or money-making methods to get the most out of your magic training. You may even cast high-level alchemy between ticks if you want to make your splashing sessions much more efficient.