In the kingdom of Great Kourend there are five cities, one of which is called Hosidius. This house is led by Lord Kandur Hosidius, their main export focus is on farming/agriculture and cooking, and are the primary suppliers of OSRS gold to the citizens of the kingdom as well as the soldiers of the Shayzien army. Most people in Hosidius worship Saradomin, though a few also worship Zamorak, although as with other human settlements, they are looked down upon. Hosidius requires a large amount of land to grow their crops in, because of the high demand of food in Great Kourend. When the lord of Hosidius met with the other lords of the 4 houses, they came to an agreement to provide half of each of their city’s lands to Hosidius in order to grow more crops. The founder of this city is unknown, but it was created by refugees escaping the conflicts of Dragonkin. 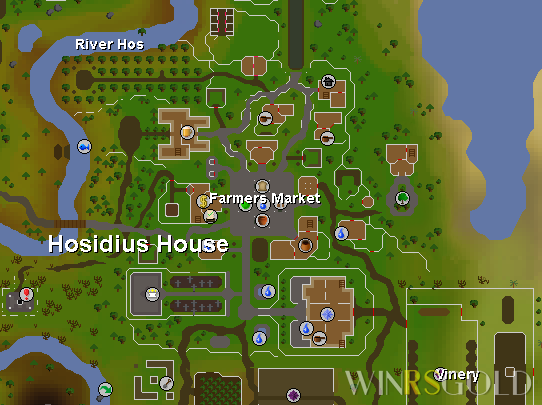 A quick way to reach Hosidius/Hosidius ploughs is to use the Skills necklace teleport to the Woodcutting Guild, and walk east, across the saltpetre area, and walk north-east when reaching the Altar.

Now, as we know. To gain the benefits of a particular house, you’ll have to gain a certain percentage of favour. Unlike the other houses, Hosidius gives you access to a number of things.

· At 15% favour and 25 Thieving , players can steal from the Fruit Stalls near Sand Crabs. They give the best Thieving XP per hour until you unlock Blackjacking.

· At 35% favour, with 83 Farming  as well, players can plant a Spirit Tree in the Spirit Patch south of the large Hosidius House Bank.

· At 50% favour, the allotments, flower and most importantly the herb patch east of the Xeric’s Glade Teleport are protected permanently from disease.

· At 60% favour and 45 Farming, players can enter the Farming Guild, unlocking a great deal of Farming patches.

· At 65% favour, players can plant grape seeds in the Vinery.

· At 75% favour and 60 woodcutting , players can enter the Woodcutting Guild, which has every type of tree.

· With complete favour at 100%, players firstly unlock the Tithe Farm at 34 Farming, which provides an alternative way to gain Farming XP, as well as a range of useful rewards.

- Also, at 100% favour, players can cook in the Hosidius kitchen, located east of the estate agent in the Hosidius House. The ovens here give a 5% lower burn rate, which stacks with the effects of the Cooking Gauntlets. 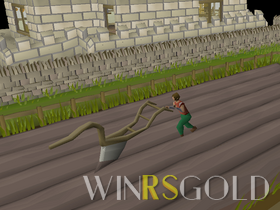 There are quite some ways to gain Hosidius House favour, ploughing fields, making fertiliser, cooking in the mess hall, planting grape seeds or completing quests like The Depths of Despair. The fastest way possible would be, Ploughing fields and making fertilisers to a 100% favour. To get started, you’ll need a hammer and around 950 compost buckets. Grab your hammer and head your way to the farms of Hosidius, here you’ll need to push the plough back and forward until your favour reaches 5%. Once that’s done, you can start making fertilisers, for this you’ll need a compost bucket and saltpetre. Use them on one another to form fertiliser, once you have a good amount of them stored in your bank – make your way southeast and find the clerk, who will take all of the fertilisers out of you bank, converting it into favour. Keep repeating the process till you gain 100%.

Now, there is also an alternative method which requires about 40% favour to start, this method is cooking at the mess hall, which is located northwest of the big Hosidius bank. Here you can cook 3 types of food – Meat pies, Pineapple Pizzas and Stews. The process is quite easy, you’ll first need bowls, flour and water to convert it into pastry dough. Once you have to the dough, use it on pie dishes and make pie shells, now grab meat pieces off the table and add them to the pie shells once you’ve cooked the meat. Now cook the pie, and serve them at the tables of the Mess Hall. This process can be done with pineapple pizzas and stews as well (players choice), which will provide you with not only a good amount of favour but also cooking experience. 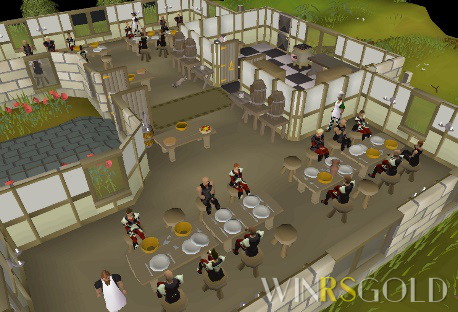 This process maybe slower than making fertilisers, but it has more to gain.

Well, what are you guys waiting for? Walk into the house of Hosidius, get your 100% favour completed and enjoy the benefits of buy RuneScape gold!