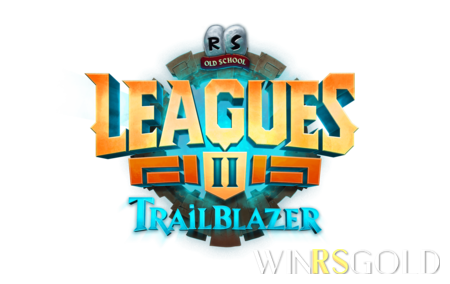 Players will start the league class in Misthalin, unlocking ensuing territorial territories by finishing a fixed number of errands/tasks. Karamja is unlockable for free, and with no undertakings to be finished. They can just only open three zones in the game from a decision of Wilderness, Fremennik Isles, Asgarnia, Morytania, Kharidian Desert, Kandarin, and Tirannwn, hence they will always be unable to have access to the entire map and should pick shrewdly which regions to unlock. Kebos and Kourend are not open in the following league. Places like Death's office, POH's, Essence mines and Random events are available from any territory you stand-in. Slayer Masters may only be able to assign tasks in zones that they have opened, and players will only be able to respawn in regions they have unlocked.

Each player will be an Ironman/Ironwoman and accompany similar limitations as though playing in Ironman Mode, including not having the option to exchange with different players. A few shops will have expanded stock and quickened restock rates to represent the enormous quantities of Ironman players. Some bossing mechanics may be changed to consider bunch bossing of non-instanced bosses. Players will begin with a 5x quickened experience rate and start with level 3 Herblore, 5 Runecraft, and level 10 Agility to empower Herblore preparing, Runecraft preparing, and the utilization of the Draynor Village Rooftop Course. Quests and diary tasks will be consequently unlocked in the event that they expect admittance to move out to zones that aren't accessible, including Druidic Ritual and Lost City.

This League presents a few new highlights, including the expansion to aloof relics unlocks, that was missing from the very first league. They are as follows: -

There will be another Areas Interface, planned by Mod Husky, that gives insights concerning opened zones. This data incorporates: what explicit spots are opened when another district is chosen, key highlights of the territory, what accomplishment tasks and quests are completable in the zone, and fascinating or valuable attractions are available in the area.

A different errand culmination framework for the area unlocks that adjusts interactivity between crushing for high point esteem tasks and finishing a few low-level ones in the mid-game.

Safe PVP framework will be brought into the wild that lets players battle each other to gain access to areas, yet doesn't bring about the misfortune or achievement of items owned by players.

Running Errands in the Trailblazer League permit players to earn league points, as well as unlock relics that provide their character with buffs. Tasks will traverse five diverse difficulty levels, which is Easy, Medium, Hard, Elite, and Master. In the association, there will be several tasks to finish, going from arriving at a specific level in the ability to kill certain bosses. Tasks are partitioned into zone explicit and general assignments. Assignments will likewise organize performing novel activities instead of just rehashing an activity a certain number of times. There are as of now more than 962 assignments in progress for Trailblazer League; all as of now arranged tasks probably won't make it into the last game mode.

Receive a Slayer task from Vannaka.

Obtain a Mark of Grace.

Player can unlock a number of rewards that can be used in the main game. These rewards will follow the colour palate of Beige, Brown, and Blue. The first two colours mentioned were selected as the theme colour of the league because they represented dust and rand, which one might encounter while exploring new lands. The last colour blue was selected to represent the open skies.

Representing the tier that you’re placed in, at the end of the league players will claim a wieldable trophy. This item won’t cost any league points and will be used in either the shield slot or as wo-handed item. The trophy also has a unique emote, that can be activated by right-clicking it.

This set costs high in amount of league points and comes with six recolour kits, one for each item.

This outfit costs low in amount of league points, but has three tiers, each costing most points than the previous one. You don’t have to buy the lower tier outfits to unlock and use the higher tier ones.

This also costs high in amount of league points, and it is placed in the Players owned house league room. It also won’t appear in the rug spot of other room.

This reward costs either low or high in amount of league points, and can be used on a dragon harpoon, dragon pickaxe and even a dragon axe (hatchet) to recolour it in the theme of the league. One kit has a one time use and only on one item, but you can always remove it from the tool it is placed on and use it on a different one.

This item will also cost neither low or high in amount of league points, and can be placed in the league room of a player-owned house or can be kept in the inventory.

This item costs low in points and is a banner that displays a Chevron, which hangs from a pike modelled after the Dragon Hasta.

Just like the banner and other items, this also costs low in league points. The player draws cardinal directions on the ground before being swept away in a swirling sand storm, which results in the teleportation.

Rug that covers the floor and acts independently compared to the other rooms in the players’ house.

A wall mount that will display the players league achievements and include the top 100 player names in each league by points, record of a players’ personal performance and all the league firsts.