Powerful buffs that can be unlocked with league points are called Relics. Players get to choose from three different relics after completing the in-game tutorial. There is a total of six tiers, and an additional passive buff that is unlocked by itself at each tier. When you choose a tier of your choice, it is unlocked permanently and the selection cannot be changed in the future, so a recommendation here would be that you think about OSRS gold before choosing. Every tier corresponds to a different aspect like skilling, utility, teleportation and combat. 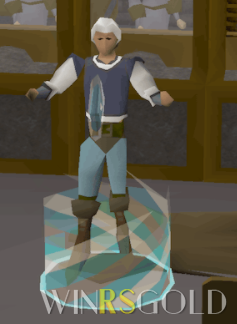 Tier 1’s passive effect is that the players run energy will never drain while running.

In this relic, the resources that are gathered from skills like Fishing, Woodcutting and Mining is multiplied by 2, and these resources that you gather are sent directly into your bank if you don’t have any inventory space.

When you do the following activities, the items that you will receive will be processed and reward full Experience.

Your combat skills will permanently be boosted by 12, and when boosted beyond 12, the boost will drain back to the boosted 12 levels that were permanent. The same token can be used when the skills are drained to restore it.

Tier 2’s passive effect is that the league experience multiplier is increased from 5x to 8x.

This relic must be unlocked in a bank so that the player can be given an item upon unlocking. You will also be given a fairy mushroom that can teleport you to any fairy ring or spirit tree, which can only be done if you access to the location.

Same as Fairy’s flight relic, this must also be unlocked in a bank. Upon unlocking it, you’ll receive the following items; a ring of duelling, a ring of returning, a ring of wealth, games necklace, skills necklace and a necklace of passage. These items will no longer consume any charges, as well as items like; master scroll book, slayer ring, amulet of glory, dig site pendant and combat bracelet.

Same as the above two must be unlocked in a bank, as you’ll be receiving an item called ‘crystal of memories’ which will allow you to teleport back to your last teleported location.

Tier 3’s passive effect is that the items that you receive from some resources will be 2x.

This relic halves the attack speed of all ranged weapons, and the attacks will deal 10% more damage, as well as increase 100% accuracy against NPCs and 50% against players. Around 90% of the ranged ammunition is saved, apart from Chinchompas. Ranged weapons like crystal bow and toxic blowpipe are also affected by this relic.

Same as the ‘Quick Shot’ relic, but in this, melee weapons are halved in attack speed and the attack accuracy is increased by 25%. Another plus point is that the players will start taking in 15% less damage from non-lethal sources and the hit points will generate x4 times faster than it usually does in one minute.

The speed of attack is halved for all magic-related weapons, and the attack accuracy is increased by 125%. In this case, 90% of the runes are saved when you cast spells and also saved power charges from staves.

Tier 4’s passive effect is that the league experience multiplier is increased from 8x to 12x.

The NPCs that drop clue scrolls will now have a drop rate of 1/20, and the same goes for clue geodes, nests and bottles which will be found x10 times more frequently. The clues that you haven’t started can be stacked as scroll boxes, and they will also have the lowest number of steps possible.

Unlocking this relic will allow you to choose slayer assignments according to your choice. Superior slayer monsters will have a 1/25 chance appearing, and their drop table will be rolled x6 times, but it won’t increase the number of rolls on the superior NPCs drop table.

Tier 5’s passive effect is that the items that you receive from some resources will be x3.

Ticks for farming will occur every minute, allowing crops to grow x5 times faster, and you won’t have to wait for long. The resources that are harvested will be multiplied by 2, although extra resources won’t grant you extra experience. In herblore, creating potions will give your 4-dose variant and the players will have around 95% chance of saving the second ingredient that would be used to complete the potion. Boosted stats will not drain over time.

This relic should also be unlocked in a bank, so the player can store the items that he gets upon unlocking. The items that are given are trailblazer tools that need no requirement to use and act as undegradable items.

In this relic, every time you gain experience, you will gain an additional XP of 10% equal to your characters total level. The experience that is given by this relic is not multiplied with the league experience multiplier.

Tier 6’s passive effect is that the league experience multiplier is increased from 12x to 16x.

Accuracy and damage of the attack are increased by 10%, which also stacks with Quick Shot, Fluid Strikes and Double Cast relics. Any hit that is successfully done will have a 50% chance of restoring your hit points, as well as prayer points by 10% of the damage that is dealt. The following relic does not work for multi-target attacks like; burst spells & chinchompas or even special attacks. However, it will work for Scythe of Vitur’s initial and secondary hits.

Same as Draining Strikes relic, the accuracy and attack are increased by 10%. Successful hits on a primary target will also hit five other targets and deal the same damage that is done to the primary target. This relic will only work in multi-combat areas, and just like the above relic, it won’t work for multi-target attacks.