The Kraken is a popular slayer boss in the Kraken Cove. The giant monster has some very interesting mechanics, and an even more intriguing drop table which makes many players sought out to kill it. Let’s jump into the optimal strategies to do so! By the way, you can get more help by reading OSRS Mid-Level Money Making.

To kill the Kraken, you’ll not only need 87 Slayer, but the Kraken itself on your active slayer task. We also recommend you have high combat stats, such as over 75 magic. 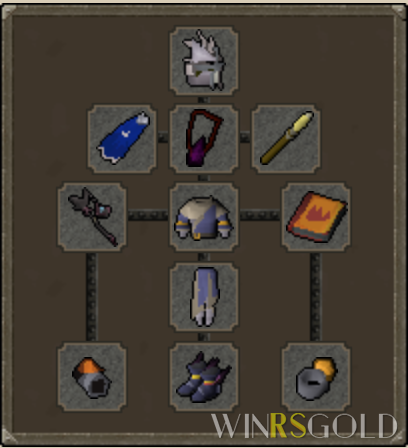 We recommend that you bring magic equipment, as it is the most effective both offensively and defensively. Keep in mind, casting fire spells with a tome of fire that is charged will increase the damage by 50%. Also, the occult necklace (10%), tormented bracelet (5%), imbued god cape (2%) and ancestral robes (2%) can increase the max hit by their respective amounts. For the gear setup, the best in slot variants are towards the left, and it continues going along to the right. Find out what suits you!

As it’s located in the separated section of the Kraken Cove, the fastest way to get there is to use the fairy ring code akq, then head west to the dungeon entrance. Enter the dungeon, and head north until you get to the entrance to the Kraken’s lair.

In order to disturb the Kraken and start the fight, the player must attack the four small whirlpools first and then attack the larger central whirlpool. The smaller whirlpools will develop into four Enormous Tentacles, while the main whirlpool will transform itself into the Kraken.

The Kraken is a common boss to fight so finding an empty world could be difficult. Players can create an instance for 25,000 coins to combat this. Another advantage in this instance is that items dropped remain on the ground for a prolonged period of time. Items usually vanish after being dropped after two minutes and other players will see it after a minute. However, this is not an issue if instancing, as dropped items inside the Kraken Cove instance disappear after 30 minutes. As the Kraken drops a generous amount of food regularly in the form of 5 edible seaweed or 5 sharks, the instance makes it much easier for the player to juggle these sources of food before they disappear. Remember that if the player dies then the instance will collapse. That means that on death, they will lose all unprotected items. So, you should always bring an emergency teleport. In addition, players can also get help by buying OSRS gold.

And with that, we conclude our Kraken Guide. Good luck!