If you’ve never been to the Kingdom of Kourend before in Old School RuneScape, you’re in for a treat! By the way, you can also go to OSRS Holy Grail Quest Guide if you are interested in. Great Kourend consists of five cities/houses: 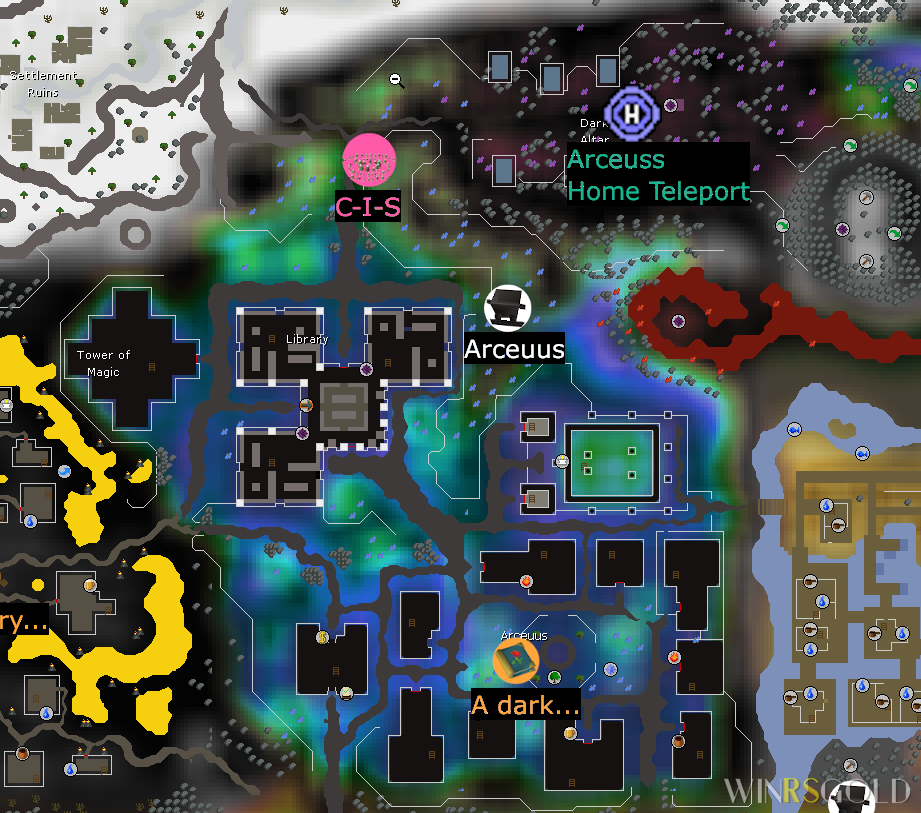 If you’ve never been to Kourend, you can speak to Veos at Port Sarim, who will allow you to charter a ship for a small fee. After this, you’ll arrive in Port Piscarilius and will have an entirely new game region unlocked for you.

This guide will specifically focus on the Arceuus House and intends to fully explain every aspect. Each house will have its own unique benefits and features, and each is equally astonishing.

The fastest way to access Arceuus is using the CIS fairy ring teleport, though to unlock the usage of the code, you’ve got to pay the nearby NPC 80,000 coins. You can also use a Games necklace to Wintertodt and head south. 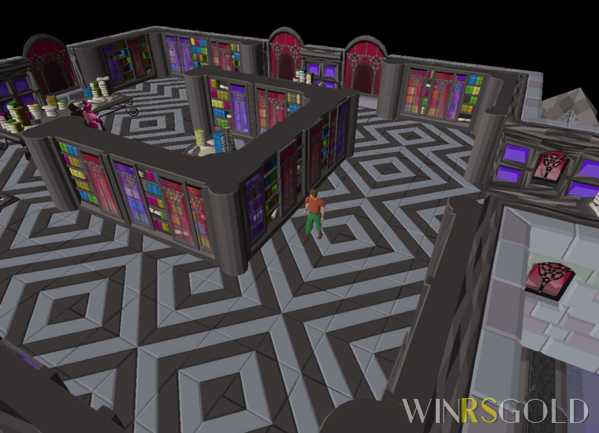 Certain features of each House mandate that you have a certain percentage of favour within that house. If you’ve previously gained favour in any other house, ensure that you reach 100% before proceeding. If you begin to gain favour in a separate house whilst having favour in another house below 100%, you will lose favour in the latter house which you will subsequently have to regain. To prevent this, start the Architectural Alliance miniquest, and talk to house architects to lock in favour once you reach the maximum for each house you’re currently working towards.

To start with, you will need to assist NPCs at the library find the books you’re looking at. Each NPC you assist will reward you with 2.5% favour and a book of arcane knowledge, which gives experience that you can put towards anything you’d like. If you find the books “Transportation Incantations” or “Soul Journey”, ensure to read them to unlock the Kourend teleport and Bear your Soul miniquest. To assist you in finding books, Biblia at the top-floor can help you, or the RuneLite open-source client has a plugin to help you.

If you have level 12 Hunter, you should complete The Ascent of Arceuus, which will reward you with a 10% favour certificate for the Arceuus house. You will also need to have completed Client of Kourend as a prerequisite, but that quest simply requires you to run around to every house: nothing difficult. Whilst you may wish to avoid questing, you are dismissing the rewards by doing them later, the favour certificate is useless if you already have 100%. Much of the game’s content is locked behind a certain number of quest points, such as Dragon Slayer 2 requiring 200+ quest points.  The Ascent of Arceuus will require you to defeat a level 30 enemy, but other than that is quite straightforward.

Once you have 30% favour (or 20% if you choose to skip the quest), it is recommended to simply continue working at the library. However, you will want to upgrade seeking dark knowledge, as you can obtain multiple books at once. To optimise this, consider using stamina potions and wearing weight-reducing gear, such as Graceful. Certainly, don’t carry combat gear around in a library whilst you’re looking for books! You’ll only be wasting energy.

There are a couple of alternatives to searching for books. At 25% favour, you unlock the ability to mine dense essence blocks. You require level 38 crafting and mining, however, each block rewards a mere 0.1% favour. It’s not recommended to do this method solely for gaining favour. Perhaps if you’re an Ironman who wants to make teleportation tablets, it is worthwhile.

Once you reach 60% favour, you can reanimate ensouled heads. More details on this will be provided further on in the guide. However, it is slower than searching for books and means you no longer gain books of arcane knowledge. For each head you reanimate and kill, you receive 1% favour. If you’re planning on pursuing this method for prayer training, it’s worth doing it to gain favour too.

Don’t forget, once you reach 100% favour, visit Arcis after having started Architectural Alliance. You need to speak to her to lock in your favour, by requesting her to contribute to the statue.

The first feature is access to the library of Arceuus. From this, you can gain access to the teleport of Kourend teleport spell and easily gain favour. Upon reaching 25% Arceuus favour, you will be able to access the essence mine. You’ll gain the ability to mine dense essence blocks, which are used in Runecrafting for blood runes, soul runes and teleportation tablets. Additionally, once reaching 100% favour, you can convert dense essence to dark essence.

One interesting NPC is Regath. Not many NPCs carry a stock of soul runes, but he’s one of the few exceptions.  Once you reach 60% favour, be sure to speak to Tyss at the Dark Altar: he’ll grant you access to the Arceuus spellbook.

As everyone knows, Prayer is not a cheap skill to train. There’s not much you can do to maximise experience with Prayer, other than using a Gilded Altar at a player-owned house, usually within a party world. But even that results in you having to spend hundreds of million GP to get to 99 Prayer. The Dark Altar completely subverts the training of Prayer, by allowing you not only to do it cheaply: but also to gain combat experience whilst doing it.

For instance, reanimating a Kalphite requires level 57 Magic. It requires 4 body runes, 3 nature runes, and 2 soul runes. After killing the reanimated enemy, you will receive 884 Prayer experience and 1% favour. You can reanimate as many heads as you’d like. The main limitation is the number of ensouled heads you can carry, versus the amount of food you need. You can minimise the need for food by wearing Guthan gear, which has a chance of healing you every hit.