One of the hardest minigames in OSRS gold. It is recommended that the player has a high combat level, along with effective gear before approaching the mini-game. During the attempt, if the player logs out, he/she will only be logged out after the wave is over and will have to repeat the entire wave. A general approach of combat during the mini-game is ranged as it can allow you to trap the NPCs and attack them from a distance, in other words, a safe spot. The best recommendable gear would be Guthan’s armour as it has a strong defence and can reduce the need of constantly consuming food.

TzHaar Fight Caves require two hours of continuous play, with a considerable number of potions. It can even be hard for high combat level players to clear the stage, as they fail to turn on the right protection prayer at the right time. On the other hand, experienced players can easily clear all the waves in less than 30 minutes. However, it takes longer for beginners and some of them mostly use services on an online platform to clear.

The player should have the following skills ready, before attempting the fight caves. Though lower-skilled players can also clear the waves, it requires knowledge and experience.

The utmost importance goes to the weapons that are chosen by a player. Toxic Blowpipe is quite effective against the enemies, even though it is less accurate, it has a higher damage output overall as compared to the other weapons. A twisted bow can be very effective against Ket-Zek and Jad, but the price to obtain this item is very high. Rune Crossbow, a cheap and highly powerful item that has kept its fifth position on the strongest ranged weapon list. Karil’s Crossbow, a weapon that belongs to the barrow’s brothers, required 70 ranged and is known to be the best crossbow in RuneScape because of its accuracy. Crystal Bow, another bow famous for its accuracy. However, it requires the completion of the “Roving Elves” quest. Guthan’s War Spear, Saradomin God, both these items are known for their use in recovering hit points and can be very useful during the mini-game as there are chances of consumables running out. Dragon Helberd, a weapon that attacks two squares away from the monster’s melee attack. It Is also called the last resort weapon for players who don’t wish to use ranged during their attempt.

There are 62 waves from levels 22 to 360. Each NPC requires a different tactic to defeat. Although, the best possible tactic used by 70% of the players is ranged, as it can damage from a distance.  These NPCs appear in waves, which is 63 in total and are stacked in a specific way. For example, once you face two Yt-MejKots, you’ll be facing Ket-Zek and from the first Ket-Zek that you, they will appear until the last wave (wave 62). This is where your Guthan’s armour and protection prayer comes in handy, as the armour will heal you from major threats and the prayer will help in the reduction of damage. Right below is a list of monsters with their name, hit points, attack style, level and the wave they will appear in. 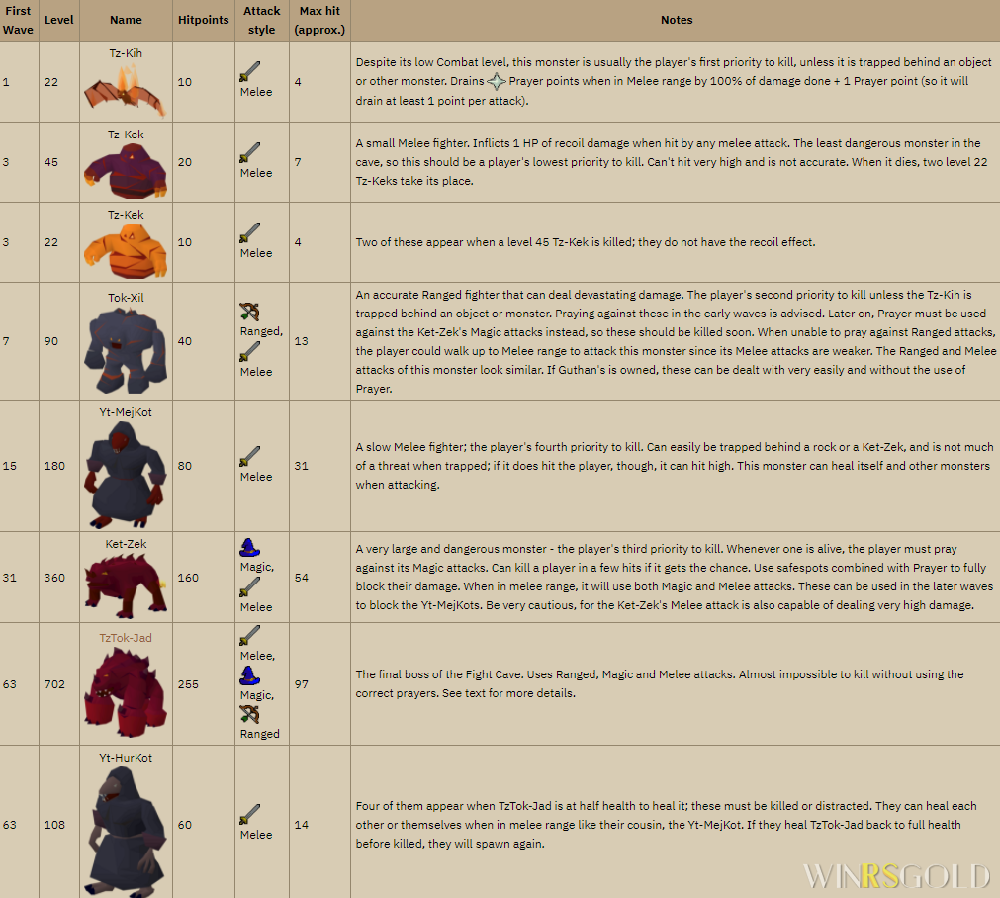 He is the final boss that is encounter during the mini-game. You may easily notice who he when he arrives as he is the highest monster in all of OSRS that can be fought with different methods. To reach him, you must clear all 62 waves of monsters that get tougher as you proceed. Jab is a level 702 monster with four legs that uses all three attack styles; Magic, Ranged, Melee. He will only use melee attack when you’re close to him, but that won’t stop him from using the other two attack styles, so you must be completely active related to your protection prayers. Attacking from a distance will trigger Jad to use Ranged / Magic, however, it is strongly recommended to do so as it is the best way to defeat him.

If in any case, you’re tired or wish to take a break, do not log out while fighting the main boss as you will be spawned in the middle of the arena when you log back in. So, it is best that you take a break by logging out at wave 61, where you finish the wave, set your protection prayer on and then perform the log out session.

It all depends on the movement of TzTok-Jad, and you can perform the protection prayer depending on the action that he does. The fastest attack is melee, where he slams his fist, but it can be encountered if you’re at a distance. During a magic attack, Jad will stand in an upright position and start to breathe fire half a second before he attacks. If you have your sound on, you can hear the sound as he inhales. This is where you have to ready to keep your protection from magic prayer on, or else it will be too late. During ranged attacks, he will slam his legs that will result in a crack on the ground. There is a delay in sound, so don’t depend on it and turn your protection from ranged prayer on, right after he stands up to the following position.

When Jad is low on health, he will start to summon Yt-HurKots, who are level 108 melee-based attackers. They will start to regenerate the boss’s health and an easy way to stop them from doing so is by attacking them once, so that their attention moves towards you. Although you should concentrate on defeating the boss, if you’re dealing a lot of damage from the leaders, then first defeat them and then move back to the boss. They deal up to 14 damage at most, so if you have good defence gear, you should be okay. When the healer shows up, a suggestion is to run through TzTok-Jad to trap them right behind him, which will help you concentrate on the boss solely without any disturbance. 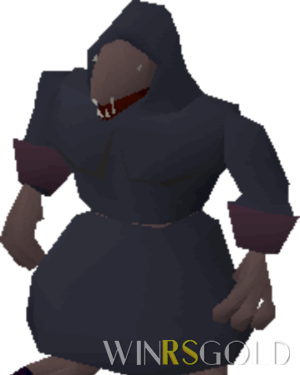