Herblore is a PvM’ers favourite skill, as it allows you make high level potions that can assist you in a wide variety of tasks in OSRS. However, with all the potions available, it can seem quite daunting to do, but fret no more! We’ve compiled a comprehensive guide to get you to 99 Herblore in OSRS! 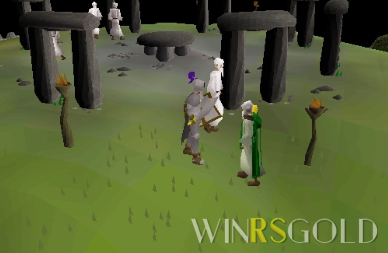 From levels 1-3, you can start by completing the Druidic Ritual quest. This quest is mandatory for Herblore training, so head to Kaqemeex in the stone circle, north of Taverly to get started!

To kick off the slow method, you’ll be making attack potions from levels 12 to 26. Use the same method as before!

Moving on, from levels 26 through to 31, you’ll be making energy potions. You’ll need some vials of water, the same amount of harralander leaves, and the same amount of chocolate dust. With your items, head to the banking spot of your choice.

From levels 31 to 39, you’ll be making Marrentill Tar. For this, you’ll need a pestle and mortar, as well as some marrentil leaves and swamp tar. For the quantities, you should have 15 times more swamp tar than marrentil leaves. With the items, head to a bank, and use your tar on the marrentill leaves. Repeat this until level 39.

To be the end of the slow section of the guide, from levels 90 through to mastery at 99, you’ll be making super combat potions. To do so, you’ll need torstol leaves, super attack potions, super defence potions and super strength potions. Head to a bank and withdraw 6 of each ingredient. Mix them all tougher and you’ll make a super combat potion. Keep doing this until level 99!

Starting the medium section of the guide, you should make strength potions from level 12 to 26. To do so, you’ll need some vials of water, tarromin leaves, and limpwurt roots, all in the same quantity. Head to a bank and withdraw 14 vials of water and 14 tarromin leaves. Mix them together to make unfinished tarromin potions, then add limpwurt roots to make strength potions. Continue doing this until you hit level 26!

You’ve done this before – scroll up if you forgot!

Next, you’ll be making another super potion – this time, super defence from levels 66 to 77. You’ll need vials of water, cadantine leaves and white berries, all in the same number. With your items, head to a bank and withdraw 14 vials of water and mix them with 14 cadantine leaves. Next, mix in 14 white berries and you’ll end up with super defence potions. Keep doing this until level 77.

Same as before – scroll up!

Same as before – scroll up!

From levels 12 through to 81, simply use the same levelling guide as shown in the medium section of this article (just above this paragraph). You’ll be making strength potions, energy potions, super attack potions, defence potions and stamina potions, finishing up at level 81!

To conclude the fast section of this guide, and the whole Herblore guide in general, you’ll be making Saradomin brews from levels 81 to 99. You’ll zoom through these levels extremely fast, and you’ll need vials of water, toadflax leaves and crushed birds’ nest, all in the same quantities. Head to the bank and withdraw 14 vials of water and 14 toadflax leaves. Use them on each other to end up with 14 unfinished toadflax potions. Next, use 14 crushed bird’s nests on it to make Saradomin brews. Do this all the way to Herblore mastery at 99!

And that concludes our Herblore guide for OSRS. We hope you enjoyed, and we wish you the best of luck on your Herblore journey! Also tell you the good news here: Winrsgold offer you the cheapest osrs gold & runescape 3 gold all the time, new version now, buy more easy, enjoy.