Whether you’re an old veteran player or a player who has newly joined the OSRS platform; you’ll understand how important OSRS money is to survive in the game and purchase valuable items. That’s why we’ve listed down the best money-making ways for low and high-level accounts. Enjoy the read. 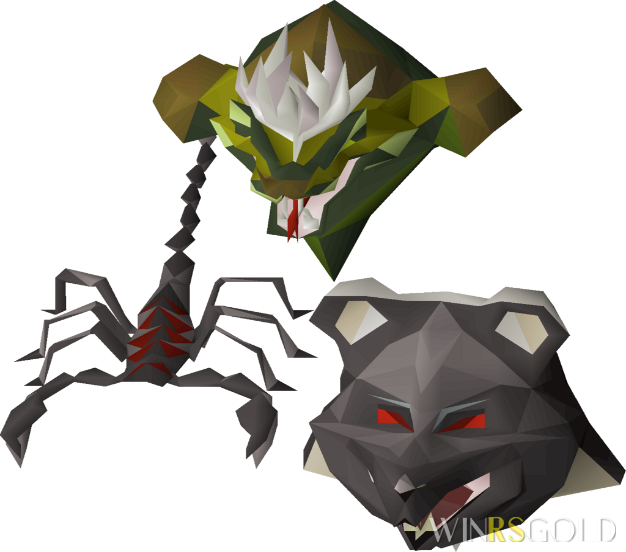 Skilling is the most profitable OSRS money-making method as the doors are open to everyone ranging from low to high levels. You can easily make millions from skills like Slayer, Hunter, Thieving, Rune Crafting, and Farming. Alternatively, you can also consider skills like Fishing, Woodcutting, and Mining. Depending on whether you’re a paid member of the game, you’ll have tons of options unlocked. 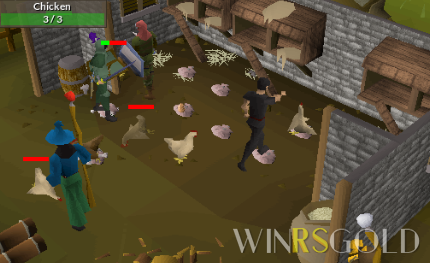 First things first, it’s almost impossible to be killed by a chicken in OSRS. They drop Feathers, Bones, and Raw Chicken Meat, which are worthy enough to be stored in your bank and sold later. You can bury the bones to increase your player, sell the feathers at the Grand Exchange as it’s commonly used to train the Fishing skill, and the meat can be used to train your ‘Cooking’ skill. 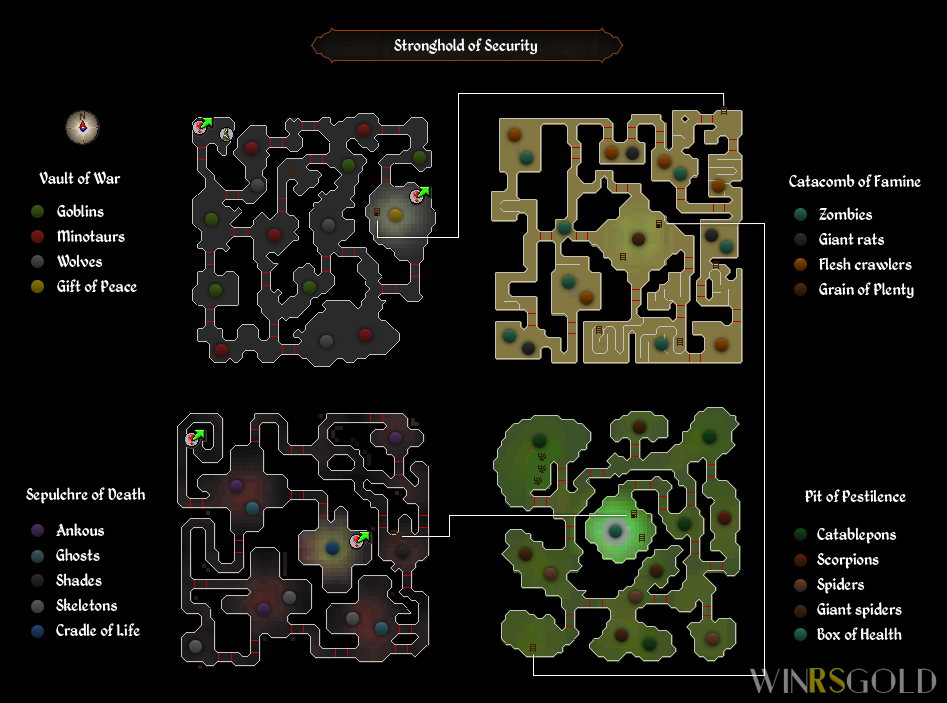 The Stronghold Security holds four levels, and each one of the levels offers a reward at the end: 10,000 GP, Emotes, and Boots. The monsters on each level are aggressive, but you can run past them to directly collect the reward. Doing these runs multiple times can be a good money-making method for low-level accounts. 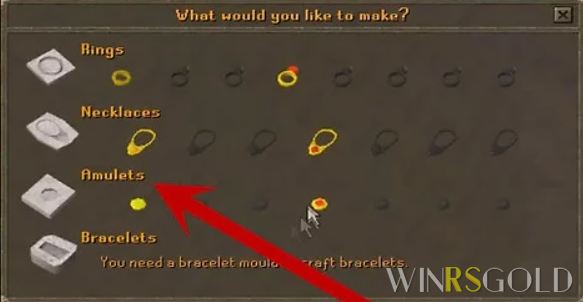 The entire method is about purchasing Gold Bars from the Grand Exchange, crafting them into Gold Amulets, and then selling them back at the G.E for a good profit. However, you need to watch out for the prices before starting this method. 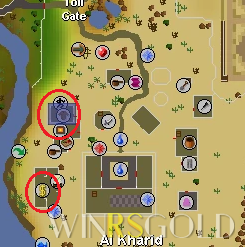 You can easily make about 400,000 GP every hour by tanning Blue and Green Dragonhide. These hides can later be sold at the Grand Exchange for money. Purchase as many Dragonhides as you can, and then head to the tanner in Al-Kharid to get them tanned. You’ll be running back and forth quite a bit, but the bank is close by. 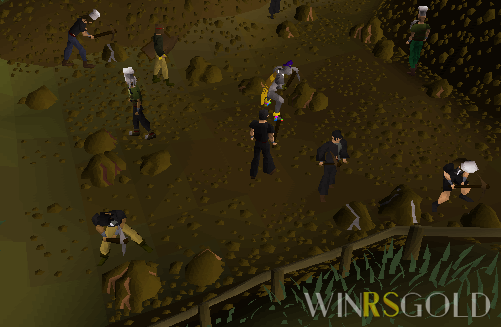 First, you need to get your Mining skill to level 15, and then mine and store Iron Ore. You can make about 100,000 GP per hour by selling Iron Ore at the Grand Exchange. Non-members can opt for the east & west Varrock mines, while members have the advantage to use the Monastery Mine. 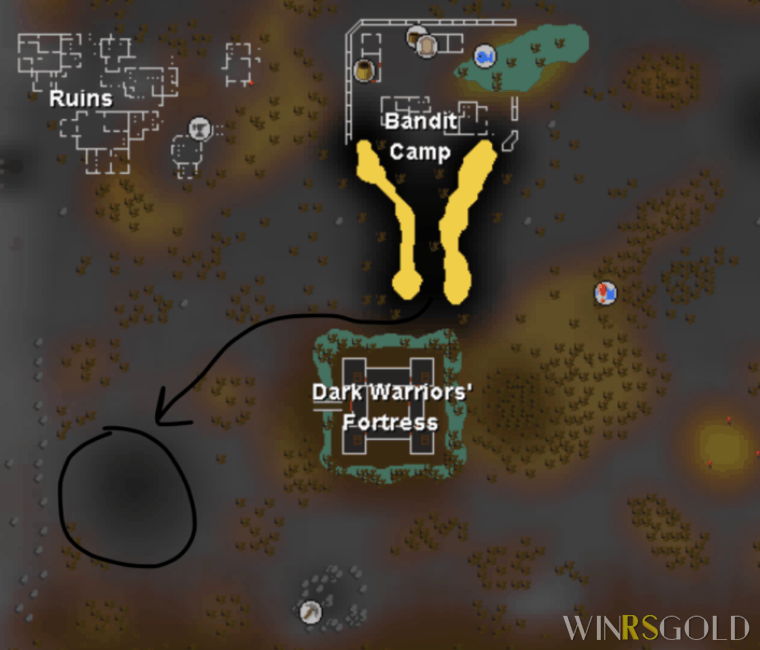 You can make around 400,000 GP every hour by killing Green Dragons. It’s a good and effective method for both; members and non-members who have high combat skills. These dragons have a 100% drop rate for Dragon Bones and Green Dragonhide. While Dragon Bones will net you a few thousand every bone, Green Dragonhides are in high demand to train Crafting. The best location to kill Green Dragons is northwest of Edgeville (Wilderness Level 9 to 11). 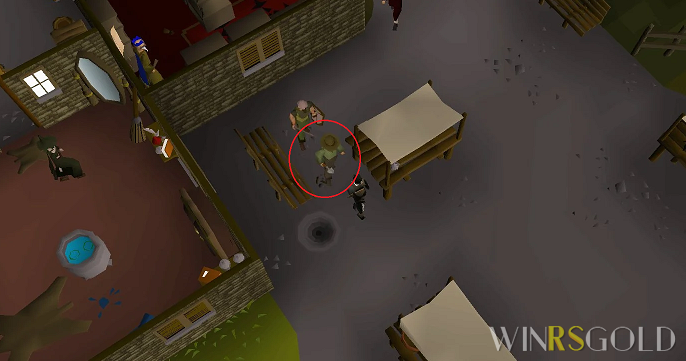 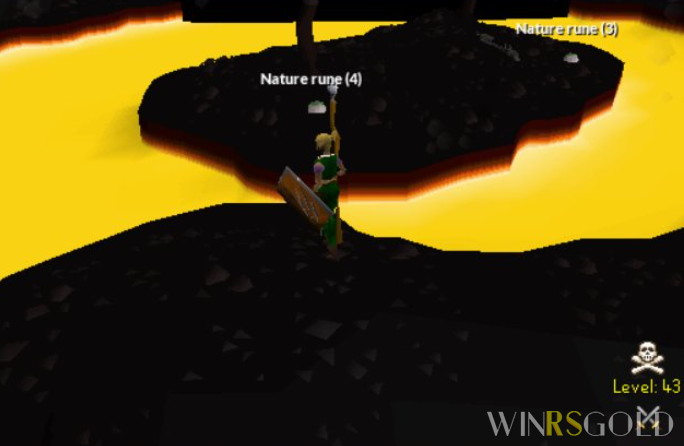 Telekinetic Grab spell can be cast to pull far-away objects right into your inventory. There’s a location southeast of the Demonic Ruins (Wilderness) that spawns two Nature Rune. You can use the level 33 Magic spell to gather the runes for profit. 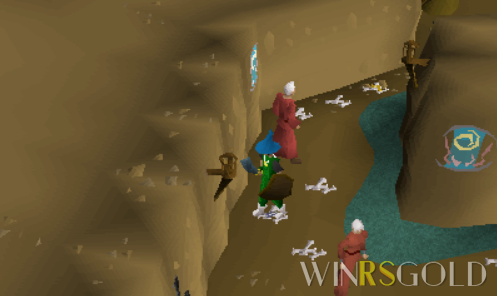 There are several Chaos Druids in the Taverley Dungeon or the Edgeville Dungeon. You can kill them for their Herb, Bolts, and Rune drops, which can be sold for about 250,000 GP profit per hour. It’s an efficient way to make money and train your combat skills. 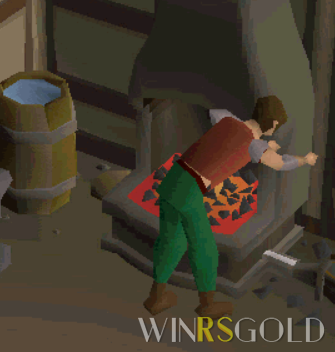 With the help of the Blast Furnace Minigame, you can smelt Steel Bars. These bars require half the amount of coal as usual. You need to be in either of the following worlds to partake in the minigame: 352, 358, 386, or 387. Stock up on Coal, Iron Ore, Stamina Potions, and have 72,000 GP on you to fund the coffer in the Blast Furnace minigame. You’ll easily make about 450,000 GP every hour. 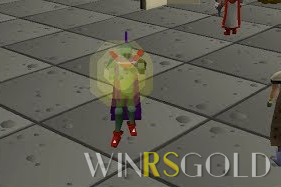 Imagine raising your Magic level for free and earning OSRS gold at the same time. Yes, the high-alchemy spell requires level 55 Magic, and you can ALCH items like Yew & Magic Longbows, Green Dragonhide Boots, and Rune & Adamant Items for profit. 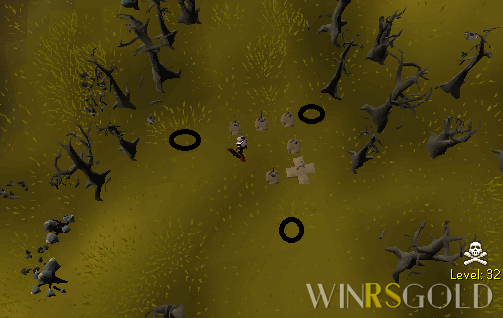 You can hunt Black Chins in the Wilderness to get about 125,000 Hunter XP and 750,000 GP every hour. They can be found in level 32 Wilderness, and you are required to have level 73 Hunter to capture them. A good suggestion would be to kill one to know its spawning point, and then lay the trap there. 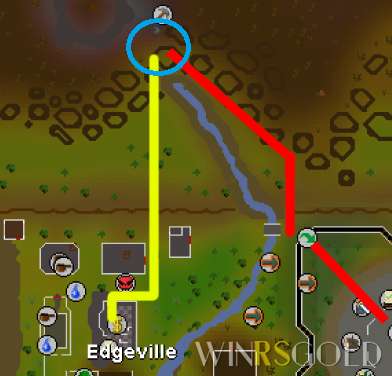 Depending on the Runes that you’re crafting, you can make about 900,000 GP every hour in the Abyss. Start your journey at the Edgeville bank, and then run north to the Mage Zamorak. He’ll teleport you to the Abyss, and you can use your pickaxe to mine through to the inner sections where the portals are located. These portals will take you to their respective elemental altars. 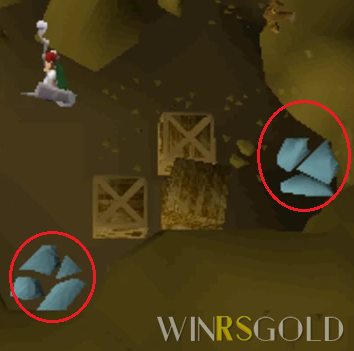 Runite ore can be used to craft Rune armors and weapons; however, we’ll only focus on mining the ore that requires level 85 Mining. They sell for a lot at the Grand Exchange, and not many players have the privilege to mine them. You can go to any of the following locations; Heroes’ Guild Mine or the Wilderness Runite Mining Locations. You can increase the efficiency by hopping worlds until you encounter a rock with ore in it. 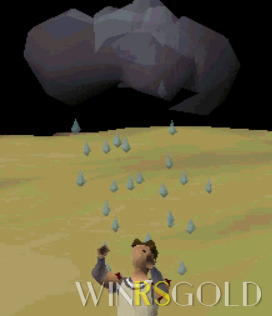 This method offers over 500,000 GP per hour, and the other advantage is that you can also raise your Magic level at the same time. Two birds with one stone. The demand for clay is quite high as players want to train their Crafting and Construction skills. You can equip a Steam Battle Staff, hold stock of Astral Runes in your inventory, and then withdraw Clay into the 27 empty spots. Cast the Humidify spell to turn the entire inventory to Soft Clay, and repeat the process. 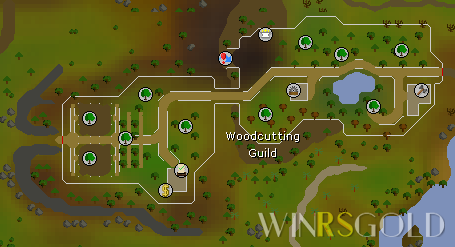 Magic Logs are always in demand in OSRS to train Fletching; however, cutting Magic Trees requires you to have level 75 in Woodcutting. You can chop them at the best place in the game, which is the Woodcutting Guild in Great Kourend. Before you approach this method, make sure that you have a good Woodcutting Axe and at least 75% Hosidius House Favor to access the guild. Alternatively, you can consider chopping them outside the Sorcerer’s Tower or the Mage Training Arena.