We all would want a short break from OSRS from time to time. Yet, we can’t get enough of it! Isn’t it time you tried out a few fun variations of the OSRS main game, like a private server? A private server, also known as an RSPS, is a user-made server of RuneScape, modified in a particular way to make things either more challenging or enjoyable, or both!You can also reading Throne of Miscellania Guide to get more help.

Now, there’s thousands of RuneScape private servers out there – so it can be quite intimidating to find which one suits you. We’ve gone ahead and tested dozens of the top RSPS, and we’ve found a few to share with you.

Etherum RSPS is the longest active private server currency out in RuneScape, running for a massively long time of 8 years. For those who love PvP, Etherum is the RSPS for you! Etherum have regular PvP tornauments, where the winners get to receive real OSRS gold. Additionally, you can set your own combat stats, get free supplies and get straight to slaying people in the wilderness. How fun is that? In the wilderness, you can take advantage of their bounty hunter system, where you can access a wide variety of rewards in exchange for killing certain opponents.

Additionally, the bosses on Etherum are great. They have a wide variety of bosses you can try slay, all of which can be accessed and analysed through their NPC kill tracker. The skilling mechanics of Etherum RSPS are on par with only a few other private servers. When you’re grinding out slayer, you can simply enter in a command to get to your assigned monster. Also, the Etherum prestige system allows you to reset your skills to gain prestige points, which end up translating into gold prizes, and also prizes in the prestige store.

Zenyte RSPS is also one of our favourites. The special thing about it is that you can play it on an android device! If that wasn’t enough, Zenyte RSPS also features a fully playable inferno, which is the hardest solo boss in Old School RuneScape. The inferno on Zenyte RSPS allows you to face the 69-wave challenge in the hopes of earning an infernal cape, with an additional shot of getting the pet.

Another high-level boss found in Zenyte is the Chambers of Xeric, which is a large cave style raid found in OSRS. This raid contains challenge rooms that you progress through which lead up to the final boss.

Moving on from combat bossing, Zenyte RSPS has skilling bossing too. Yes, the Wintertodt! The WIntertodt is a boss that you can defeat via using your own skills, not your combat. You’ll be working in a team to subdue the Wintertodt, and if successful, receives crates with prizes in them.

Next up, we’ve got RoatPkz RSPS, which is known for quite a few features. The first of which, is the amazing PvP gameplay. It has a ‘Last Man Standing’ minigame, which is a PvP battle royal type of minigame, putting players in a massive arena to fight to the death. In the arena, you loot gear and head to combat, to be the last

man standing. Whether you play on casual mode, competitive mode or high stakes mode, you’ll surely have plenty of fun playing the minigame.

There’s also the achievements system in RoatPkz RSPS. You’d be surprised that there’s nearly a thousand achievements for you to unlock as you play RoatPkz. These achievements range from activities such as zerker klls, to wildy key events. And even more importantly, each achievement has rewards when you complete it, which make it even more worthwhile. There’s a wide range of achievements, such as PvM, skilling, and more!

RoatPkz also has a variety of skills for you to try out and max out. For example, the RSPS has fishing, cooking, mining, smithing, fire making, agility, woodcutting, thieving, fletching and crafting. Not only that, there’s also enhanced experience rates which can let you max in an incredible short time! There’s roughly a 5-10x exp rate boost, dependent on the skill you choose to train. Additionally, you can collect a wide variety of skilling pets, which reflect your skilling expertise. And finally, you can stock up on skilling points that you can exchange for currency.

Last, but definitely not least – DreamScape! DreamScape is one of the most actively worked on RSPS, with a development team working on new updates almost daily.

So, where should we start? Well, we can’t go without mentioning the barrows mechanics. If you’ve played OSRS before, chances are is that you’ve encountered the barrows brothers, where you make your way through a series of crypts and slay the Barrows brothers, all for some juicy loot at the end. You can do the same in DreamScape RSPS, with their very own Barrows boss. 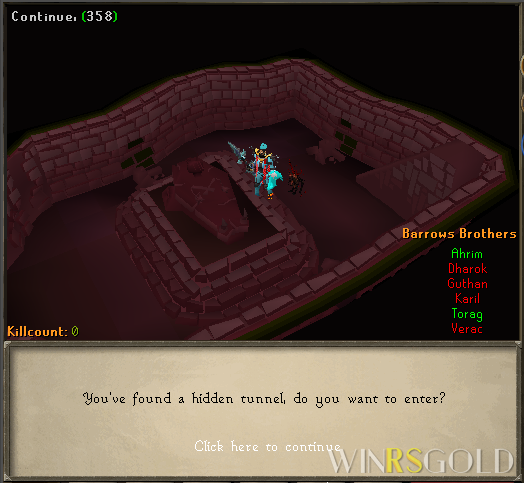 DreamScape also has a rare drop table, where you can have the chance to get lucky and get some really valuable items to assist you when you’re killing any monster. TOoactivate these mega rare drop tables, simply pay a fee to the respective NPC and it’ll all be set!

There are also pets in DreamScape RSPS, but unlike pets in the main OSRS gold, these pets can give you special bonuses. For example, the Dharock Jr Pet can cause your average damage dealt to increase when your health lowers, the Ahrim Jr pet can give you a 1 in 10 chance of hitting twice with any magic attack, the Karil Jr pet reduces enemy magic level, the Guthans Jr pet heals you, the Verac Jr pet allows you a chance to hit without factoring in the opponents armour, and the Torag Jr pet speeds up your special attack recovery time by 3x.

And there you have it, our favourite RSPS that are available. So, if you ever want to take a break from the main game, consider downloading and trying out these aforementioned RuneScape private servers. See you in another guide!