Throne of Miscellania is a special quest of medium length, which allows you to explore the story surrounding King Vargas becoming a yeti, and thus requiring a regent to rule his kingdom,you can also get help by reading our OSRS Herblore Guide.

The requirements for this quest are the completion of the Heroes’ Quest, The Fremennik Trials, as well as either 45 Woodcutting, 10 Farming, 30 mining or 35 Fishing.

The items you’ll need are an iron bar, logs, a pickaxe (if 30 mining), an axe (if 45 woodcutting), a rake (if 10 farming and 35 herblore), or a harpoon or lobster pot (if 35 fishing). You’ll also need any non-silver ring you are happy to lose (can’t be an onyx, dragonstone, explorer or ‘perfect’ ring). You’ll need some flowers, as well as a cake if you’re a female character, or a bow if you’re a male character. We recommend you bring along some energy potions, as well as a dramen staff, weight reducing clothing and Fremennik sea boots 2 for a faster quest experience.

To start the quest, talk to King Vargas in the Miscellania Castle, as shown on the map provided. You can get to him by taking the longboat from Rellekka to Miscellenia, or by using the fairy ring code cip.

Next, if you’re a male, enter Princess Astrid’s room, and speak to her about your desire to become regent. She interrupts you, and then gives you a chance to impress her. After speaking to her, use your flowers on her. Then, use the dance emote. Speak to her again, and when she refers to you by “dear” or “darling,” use the blow kiss emote, and then give her a ring. She’ll then agree to marry you.

If you’re a female, enter Prince Brand’s room, and speak to him about your goal of becoming ruler of the kingdom. Continuing talking to him and he’ll give you a chance to impress him. Use the clap emote after he recites his poem, and talk some more, responding with flattering answers, then use your flowers on him. Keep talking to him, and then give him the cake you brought with you. When he refers to you by “my darling,” use the blow kiss emote on him, then use the ring on him. He’ll then agree to marry you.

Next, talk to Advisor Ghrim, and ask him about how to make peace with Etceteria. He will ask you to talk with Queen Sigrid. Head east and cross the bridge into Etceteria, then enter the large building on the east side of the town, head upstairs and you’ll find the Queen.

Speak to her and tell her you’ve been sent by King Vargas to negotiate a treaty. She’ll agree to the peace deal if King Vargas accepts Etceteria officially as a sovereign nation. Return to the King and tell him what you’ve heard. After that conversation, talk to the Queen, and she’ll ask you to make a new anthen. Return to Micellania, and enter the room next to the King’s room and speak to Prince Brand. You’ll tell him about the anthem, and he will write you one immediately. Talk to Advisor Ghrim about the anthem, and you’ll hand it over for him to edit it.

Return to the Queen with the good anthem, and she’ll tell you that she’s pleased with it, and she’ll hand over a treaty. Take the treaty to the King and get it signed by him. He’ll tell you that he needs a special pen for it. So, head to the northern shore of Miscellania to the east of the mining icon to find Derrick, as shown on the map. Give him your iron bar and he’ll give you a giant nib. Use the giant nib on logs, and you’ll end up with a giant pen. Take the pen to King Vargas, who will sign the treaty. 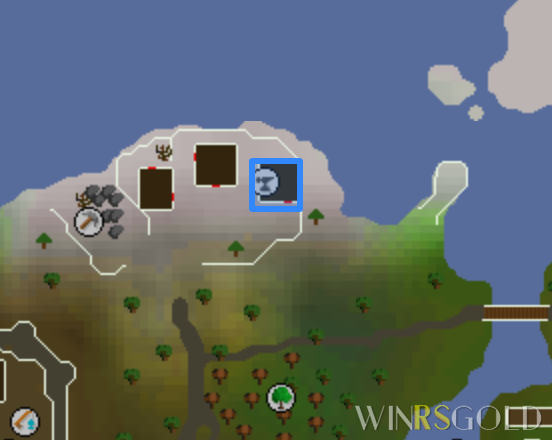 Next, you’ll need to get support from the people to be the new ruler. You start off with 25% support, and you’ll need to end up with 75% support. You can check your approval rating by speaking to Advisor Ghrim. To gain support, either rake the herbs and flax outside the palace walls, mine coal on the north side of Miscellania, chop maple trees in the centre of Miscellania or you can fish tuna, lobsters or swordfish by the docks of Miscellania. Ensure that you do not kill any villagers or steal from stalls. Once you hit 75% support, talk to the King and there you have it – quest complete!

You’ll be awarded with a quest point, as well as the ability to manage Miscellania, where you can make daily profit (we’ll save that for another guide later!), 10,000 osrs gold coins found in the Miscellania coffers, and the ability to teleport to Miscellania through a ring of wealth. You can now also complete the Royal Trouble quest.

And there you have it! That’s our Throne of Miscellania quest guide – have fun!